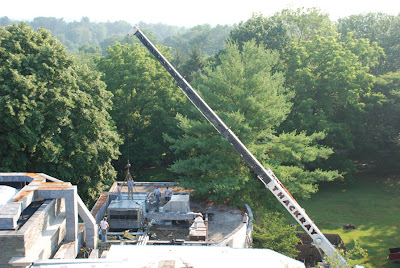 As part of the roofing and climate control replacement project at Woodmere, all of the 1987 vintage equipment, including a 40-ton air handler and ductwork, have been removed from the roof of the museum. This equipment provided conditioned air to the exhibition galleries and had reached the end of its useful life. 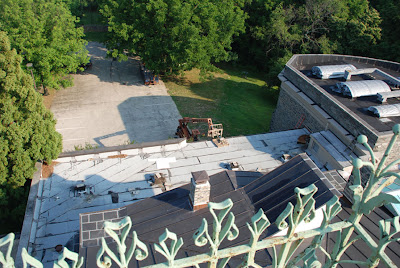 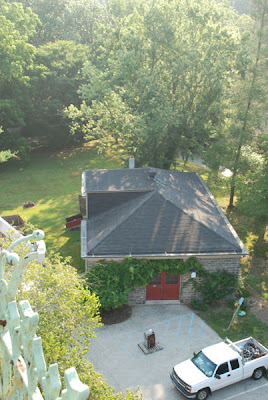 Prior to demolition, because the roof area over the collection storage facility would be affected, the museum’s collection was moved into several exhibition galleries. These galleries have been equipped with temporary portable climate control equipment, which will provide conditioned air to the collection until the roof over the storage facility has been replaced. Temporary air conditioning units have also been installed in the Corridor, Founder’s, and Parlor Galleries to provide an environment that permits artwork to remain in place and allow public access. All of the Climate Control equipment will be replaced, with the exception of the boilers. During that time, the Museum admission will be free.

The roof project is not simply a replacement, but a redesign. Dan McCoubrey of Venturi, Scott Brown and Associates has redesigned what was once a flat roof with longstanding pooling problems. The new roof will have increased pitch to ensure that it sheds water quickly and completely. Roof runoff will be directed into French Drains, which with a civil engineer’s stamp, will reduce stormwater billing. 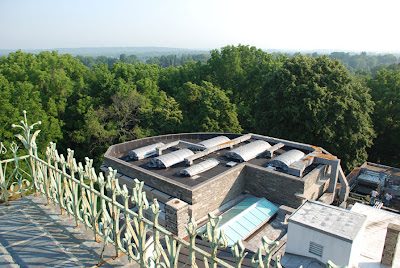 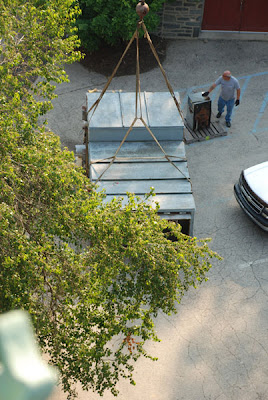 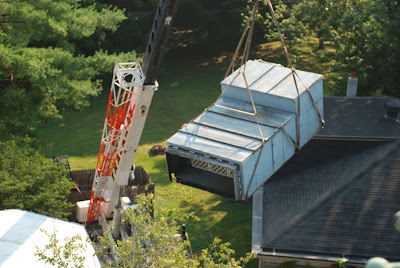 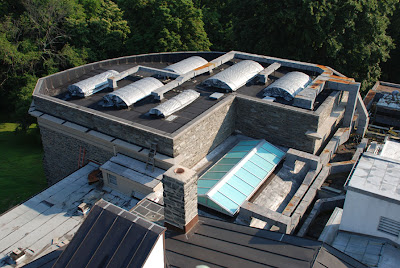 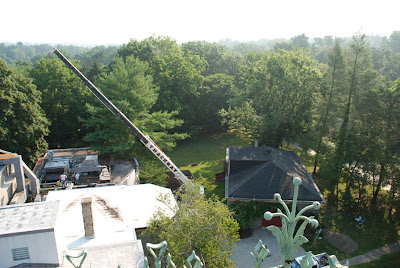 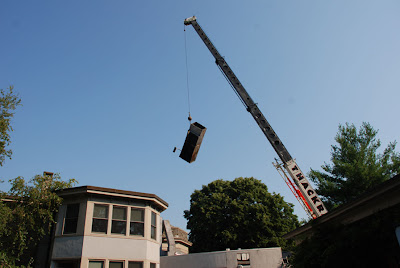 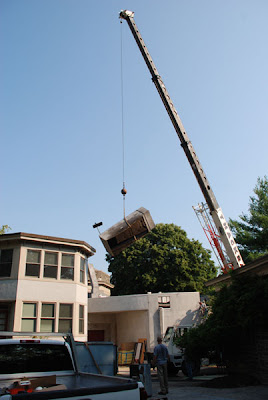 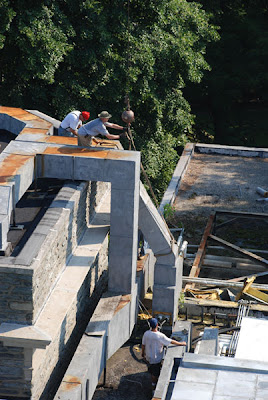 Posted by Woodmere Art Museum at 9:58 AM